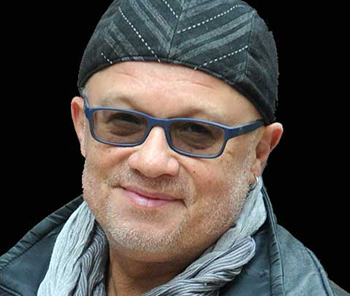 Russ is a singer, arranger, producer, guitartist, voice-over artist and an award winning and Emmy nominated composer. He has performed on thousands of recording sessions reflecting his extraordinary range of genres and styles. He can be heard singing and speaking on hundreds of ads, as well as on audiobooks, educational works, industrials, CD's, jingles, videos,  video games, and on promos for NASCAR, the AFL, and the US Open. He is a character voice for Nintendo’s Pokemon’ and for many cartoons including Teenage Mutant Ninja Turtles, One Piece, Yu-Gi-Oh!, Chaotic, and Sesame Street.

No matter what genre he is singing, Russ has an amazing ability to transform a lyric, make it exciting, and bring it to life!  His quick wit, talent, and versatility make him the perfect vocalist for BioL-O-Gee R.A.P.™